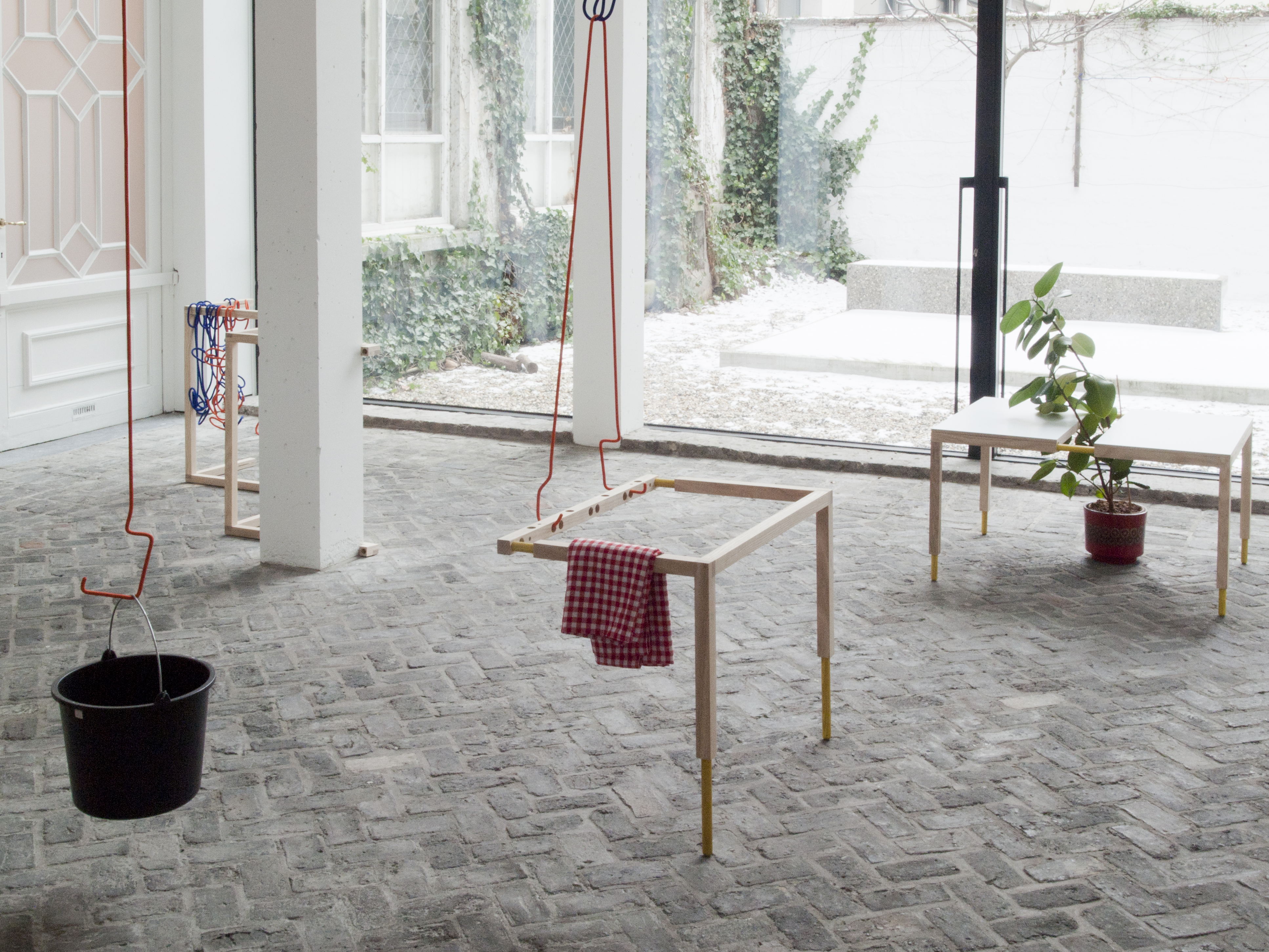 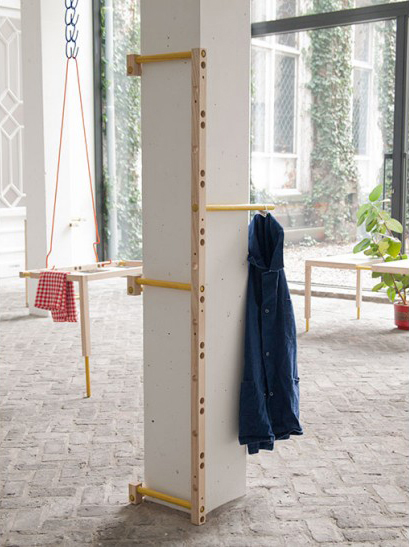 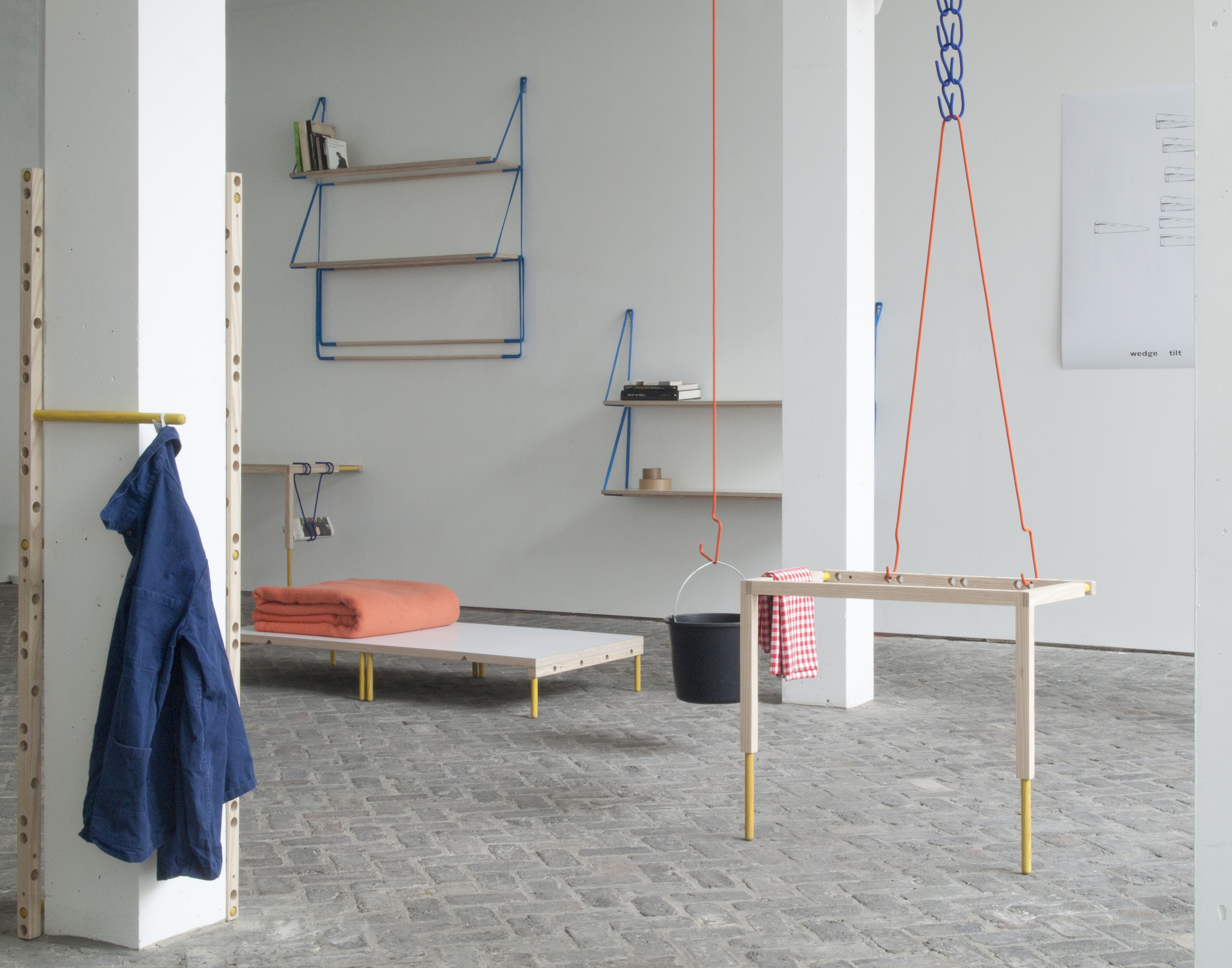 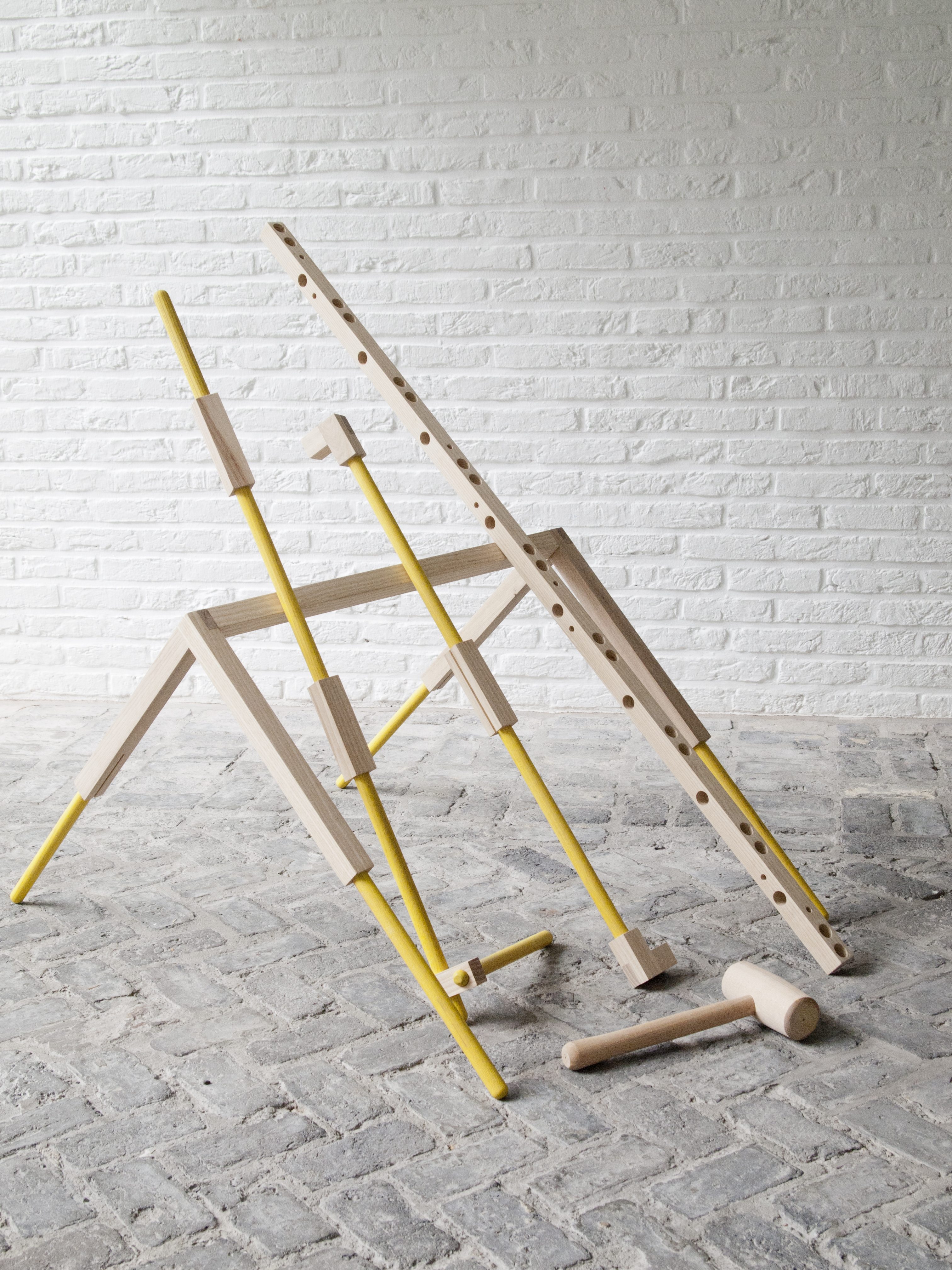 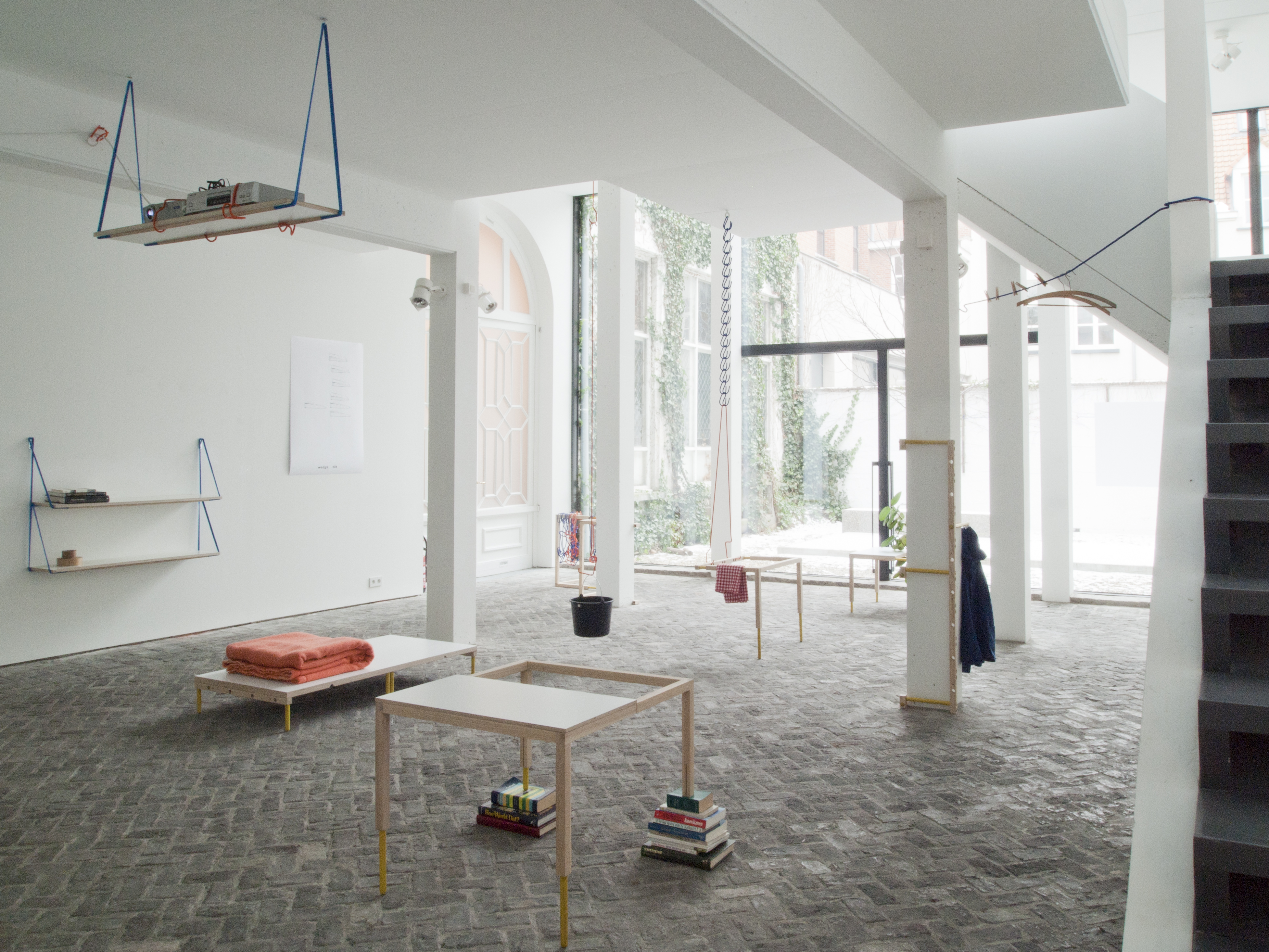 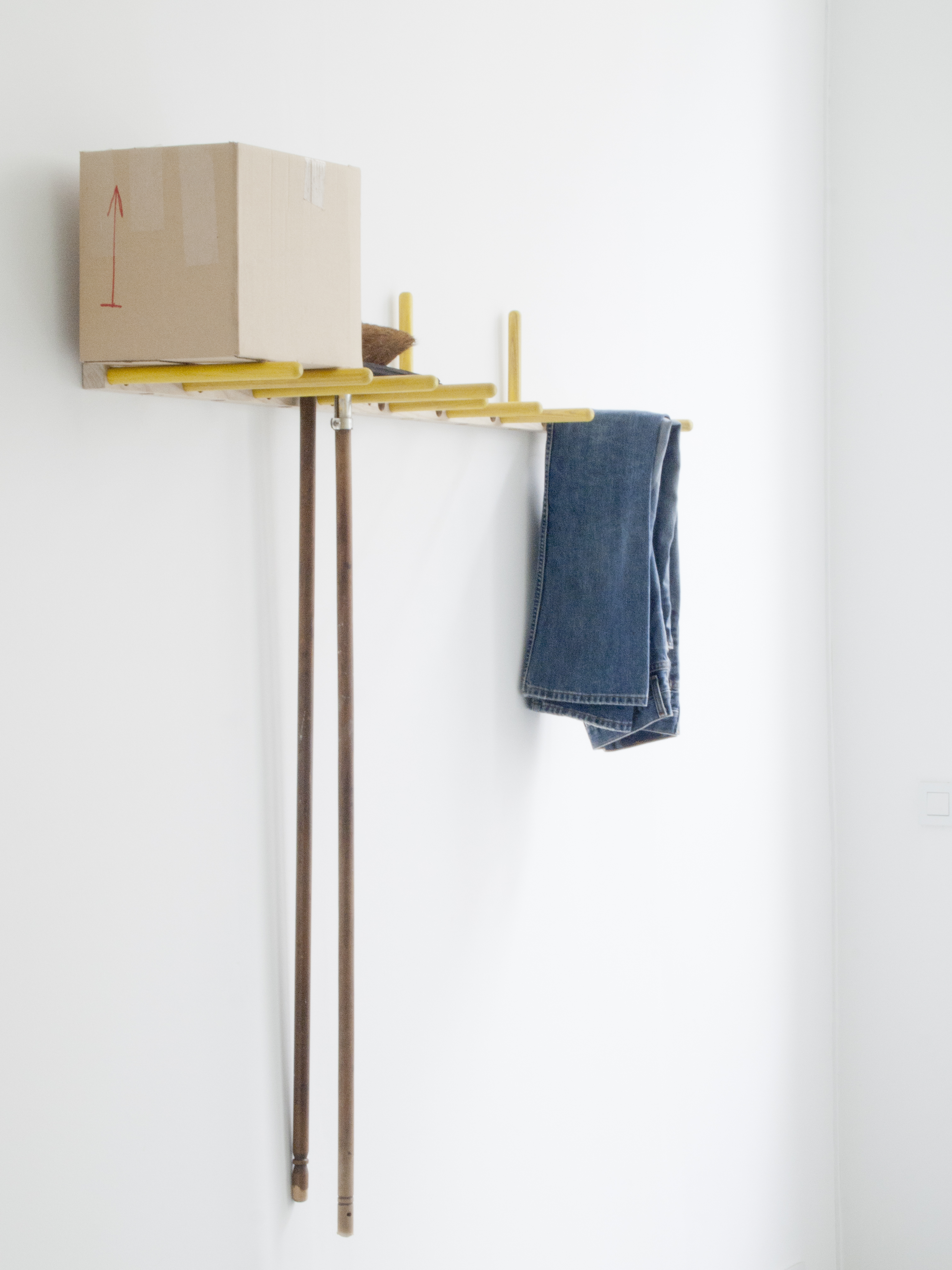 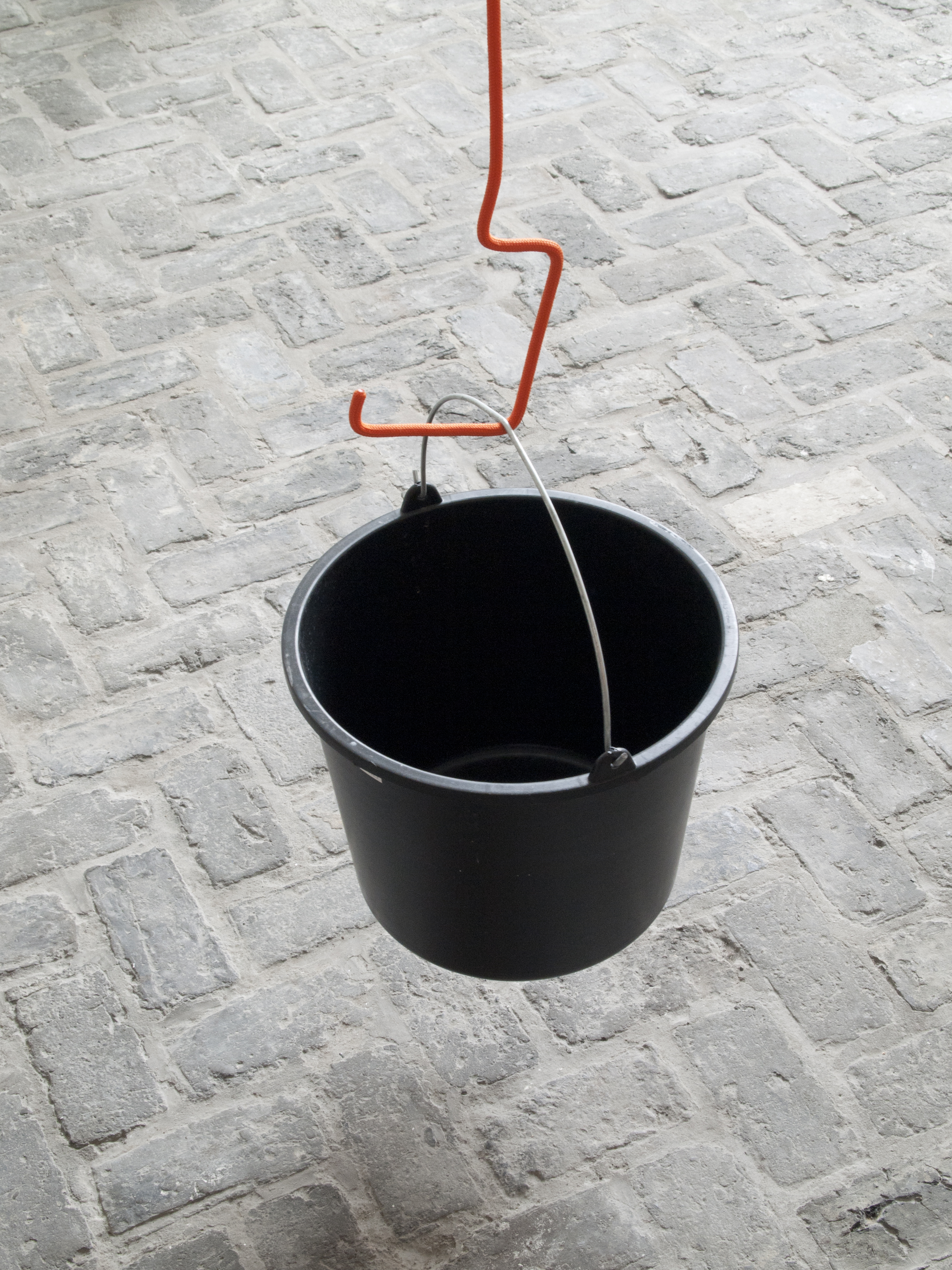 The line, the combination of lines, the resulting tissue is in this story a ‘pars pro toto’ for the entire world. Not unlike the creation story that Diane Steverlynck likes to recount: the Berber people compare the creation of the world to a tissue. The threads are the furrows in the earth. The weaving corresponds to the sowing. And the tissue is the fruit of that creation... This cosmogony revolves around the line, the thread. One can achieve anything with a line, a line allows for limitless creations.

The Australian aboriginals believe that a country does not consist of a surface, a territory they can occupy, but of lines, routes they know from experience. A line is a plurality, less dominant, less drastic.
The object that embodies this philosophy is a folded, knotted piece of rope that can cover spaces of various magnitudes, a rope that can become a knot as well as a paperclip as well as a carrier bag. Ropes that can be hooked together to form a series. Ropes that can even be turned into a rope ladder.

The story of this exhibition starts with a stool that is not held together with nails, screws of glue, but solely with a piece of tightly wrapped cord, a rope, a thread, a line. It formed the inspiration to go back to the essence for the artist - Maud Vande Veire - who challenged the designers involved in the show and vice versa. It became a story in which complex shapes originated from the most simple starting point: a line, a piece of rope, ... No finished objects, but possibilities, potential interpretations offered to the spectator. No things, no nouns, but a series of ‘verbs’ forming a set of building blocks able to gauge the essence of art and design. It is fundamental research, which reminds us of the first and most fundamental pages from the textbooks that Paul Klee or Vassily Kandinsky used to reinvent art education in the early 1920s at the Bauhaus in Weimar: meditations about what points, lines, shapes and colours actually are.

There is something ‘didactic’ - in the best sense of the word – about this exhibition of Steverlynck, Vande Veire, Masson and Chevalier. A return to the foundation of what unites art, textile and design. No surrender to the ease of all that has been acquired, known and fabricated, but a return to the origin, to the very first beginning. To the most basic, to the line, the thread, a piece of robe, a leather belt. The verb ‘to draw’ doesn’t just mean ‘to make a drawing’ but also also ‘to pull’, as Diane Steverlynck puts it, and she shows a South American knot that never unties if you pull it.

Maud Vande Veire made photos in Diane’s house of what seemed at first sight trivial items, forms of DIY. All those kinds of things that we will never really solve and for which we prefer the temporary rather than the real solutions. For example, a piece of felt stuck to the bottom of a ladder to keep it in balance. She refers to everything that is ‘not definitive’, ‘provisional’, ‘not static’, but beautiful. Another example is a stack of dirty laundry, which forms an ever-changing sculpture.

‘Appropriation’ is a key word in this collaboration. The artist and the designers do not wish to delineate boundaries between their disciplines, but seek these boundaries out and set a route that explores art and design and - at once - none of both: they aim for an unintended use of these disciplines. They do not want to present solitary, ready-made objects, but they intend to adjust their designs to the environment and vice versa. In this way, new functions arise because the object offers things that one has to appropriate, things one needs to work with.

This results in objects that could be assembled and combined in an honest, simple way, without screws, without metal fittings. With a minimum of building elements, a maximum of diverse, potential solutions can be explored. The artist and the designers deliberately do not want to create finished, definitive objects. They prefer to create an object that they describe as ‘meanwhile’, a growing, moving, evolving and flexible object based on simple lines. Not a defined, uniform, unique utensil, but a vocabulary of elements, with a multitude of usages.”