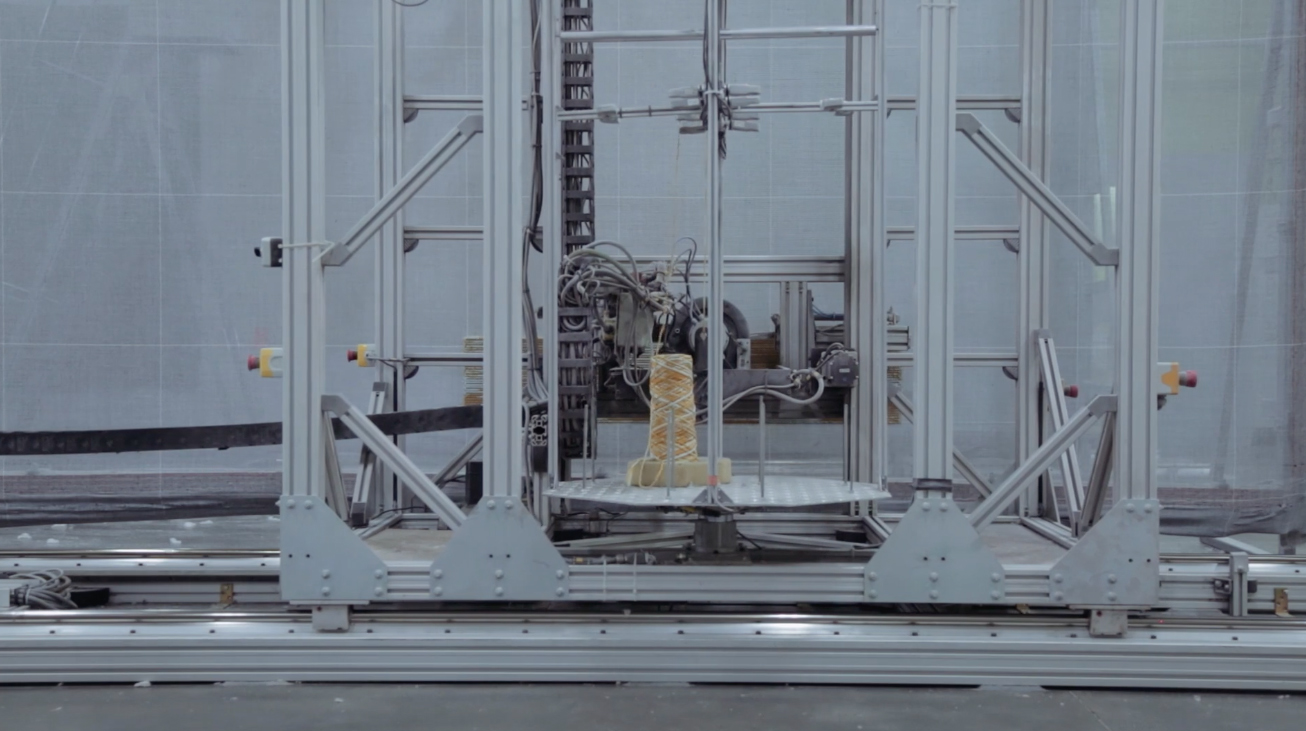 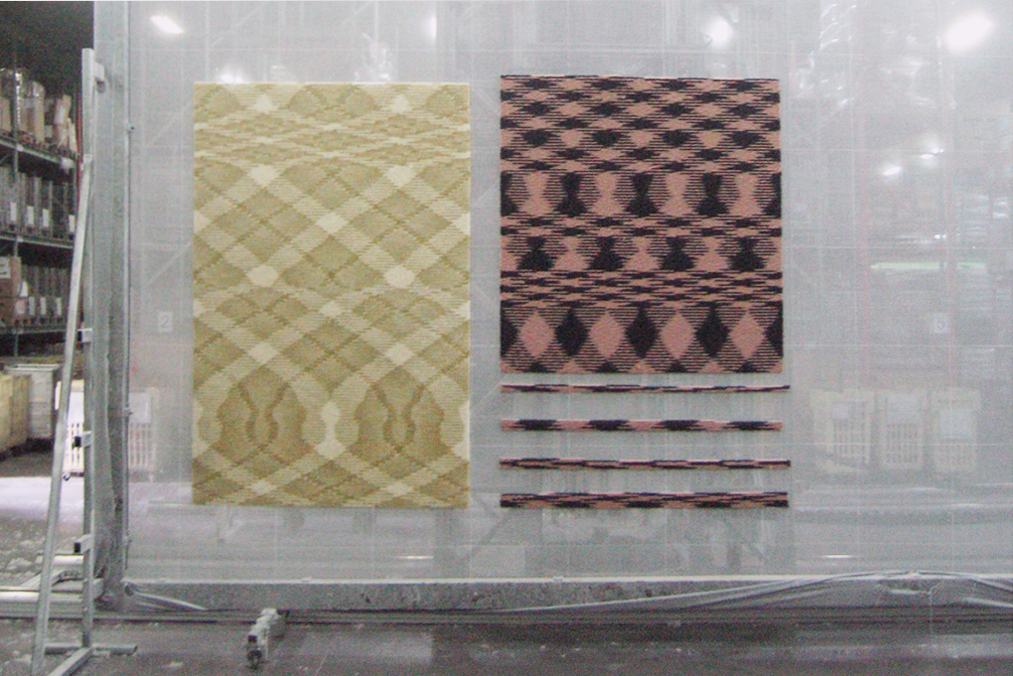 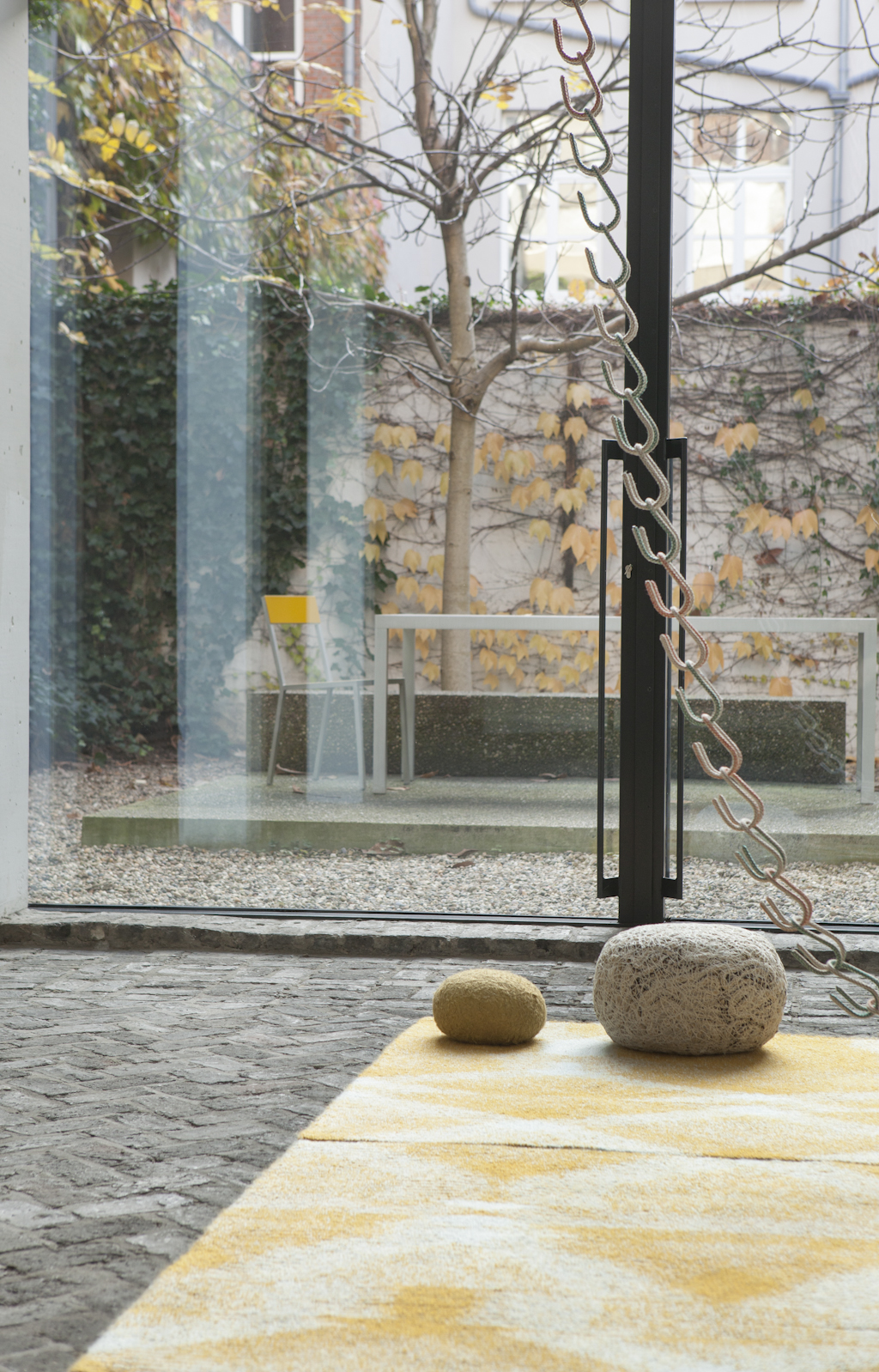 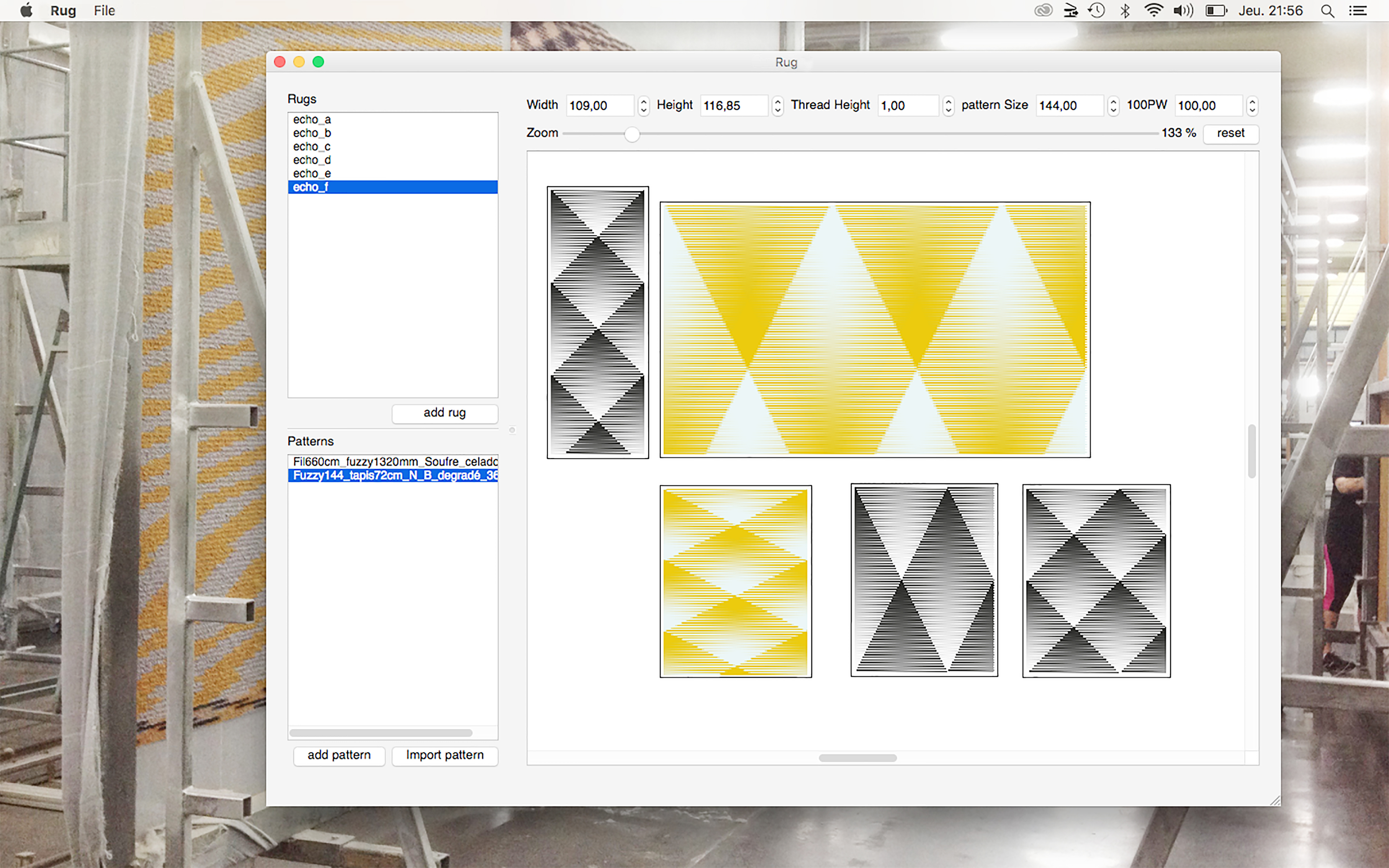 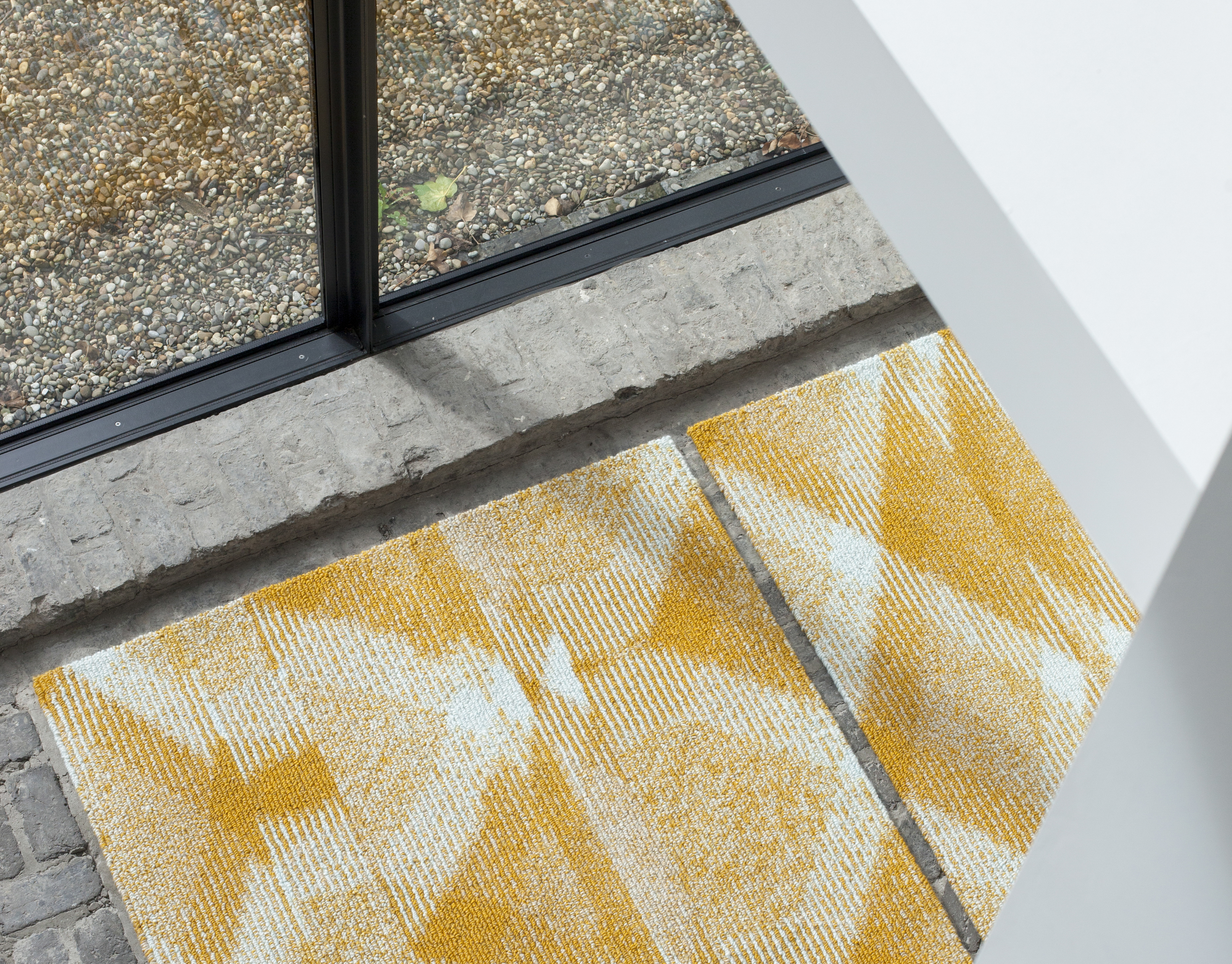 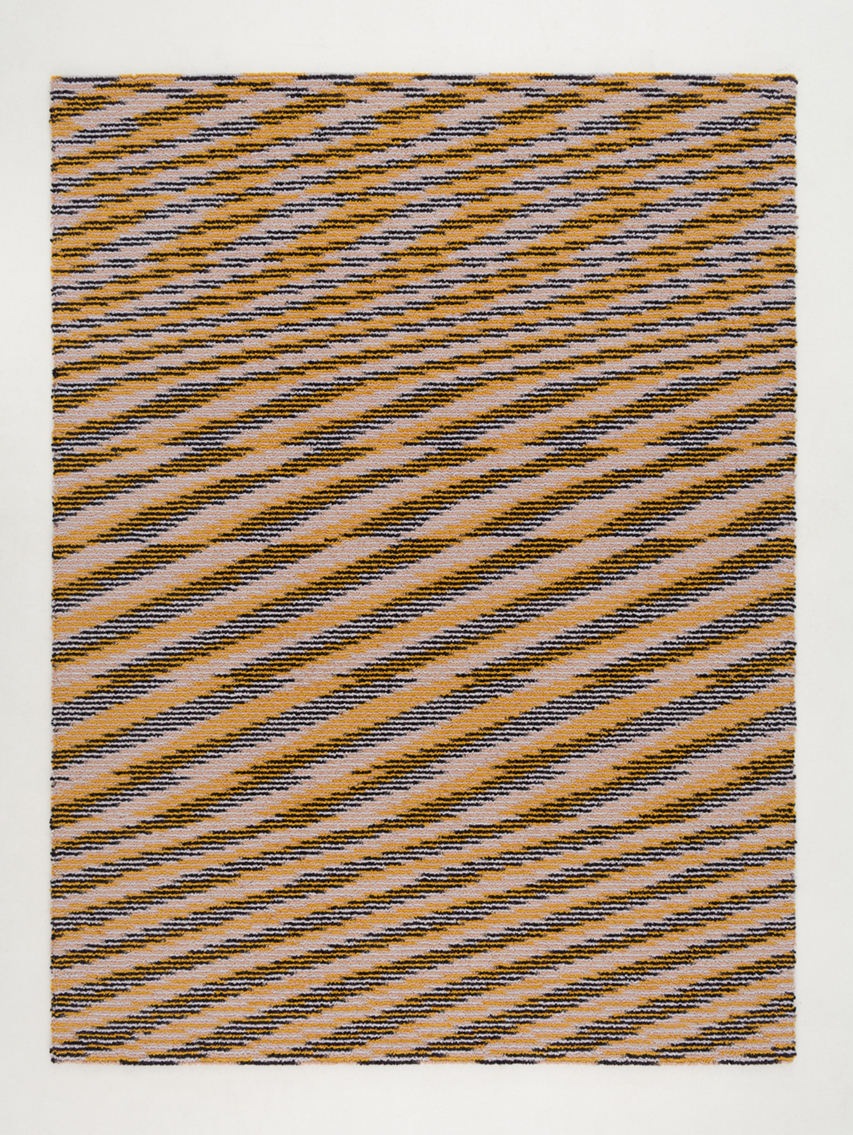 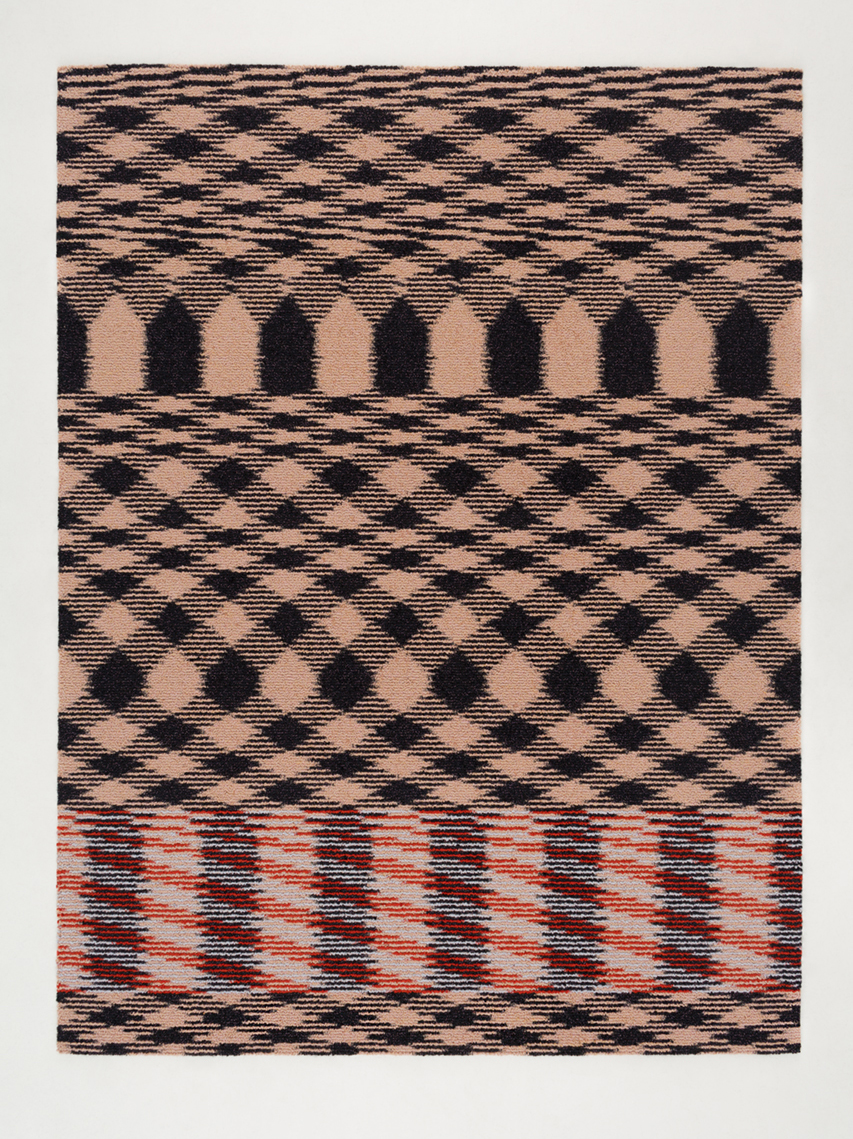 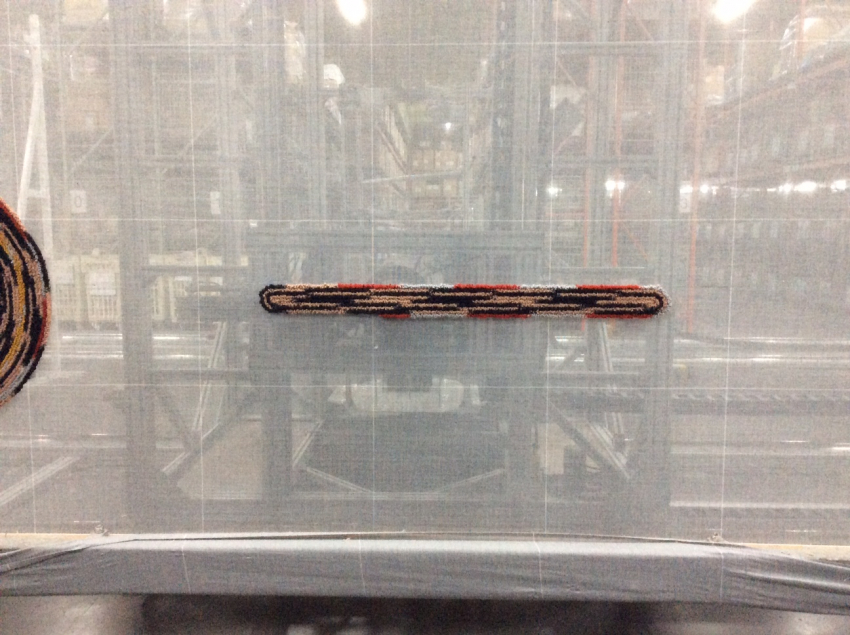 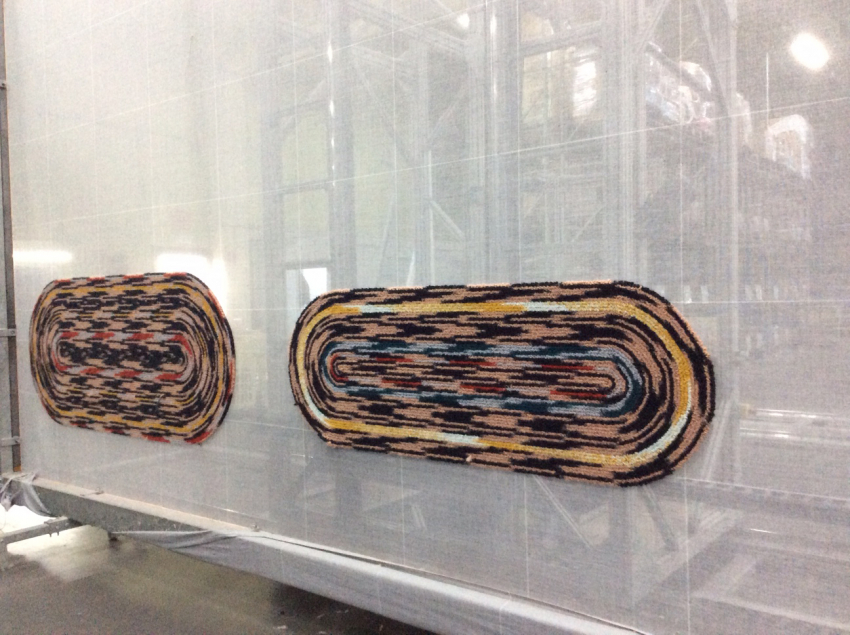 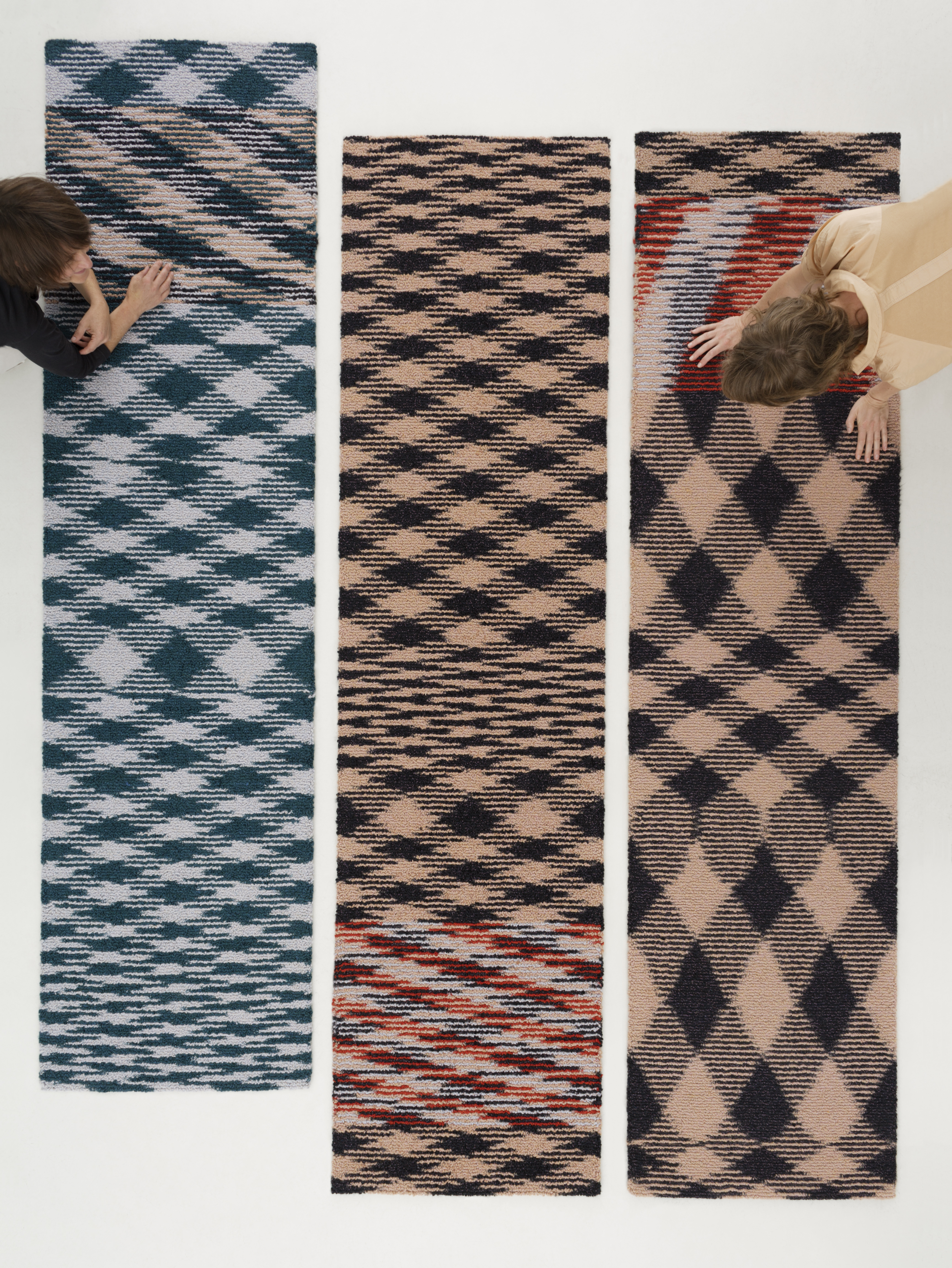 The rugs Diane Steverlynck, Anne Masson and Eric Chevalier, design under the label "laend" explore how a rhythm or a chromatic sequence in the thread produces repercussions in the motifs of the fabric that they compose.
In other words, what are the possibilities for a pattern encoded precisely into the thread revealing plastically the mathematical principles at work in the development of the surface?
Indeed, the parameters for measurements, repetition, symmetry and density all combine and are materialized in infinitely variable abstract geometric rhythms. Superimposed onto these principles are the oscillations inherent in the thread, sometimes minuscule, impossible or barely possible to model, like those produced by fluctuations in voltage, for example, possible imperfections in the thread, fluctuations in the speed and the amplitude of the unwinding of the spool. These imponderables retain a slight degree of leeway for the unexpected, an interpretation of the design, which some would see as a fault, and others as an added value, or in other words, the sensitive manifestation of a process repeated one hundred times in the work, yet never completely
identically.
This process of encoding into the yarn at the spinning stage echoes the traditional IKAT technique. Obtained thanks to reserve dyeing techniques, the pattern is created on the yarn in anticipation and is revealed only at the precise moment of the “construction” of the fabric.

Diane Steverlynck had been working for several years on the industrial development of yarns with great bi-colored rhythms for the realization of rugs with fluctuating designs. With the help of a programmer, she also set up an open source computer preview system for this graphical phenomena. Chevalier Masson, for their part, had been focusing for some time on the graphic interactions between thread and surface, in an artisanal or semi-industrial way. Since 2014, they associated the respective stages of their work, to self-publish blankets and rugs under the label laend.

Resonance launched in 2016, Echo, Flow and Court Circuit rugs launched in 2017, are soft rugs with moving graphic rhythms. Different patterned and colored yarns interfere to create a vibrant landscape with crossed or linear graphic waves. The production process create graphic fluctuations from one piece to another, each tufted line generates a slightly different thread consumption allowing a variation of the drawing and bringing a uniqueness to each pièce, revealing how the surface is literally drawn by the yarn itself.